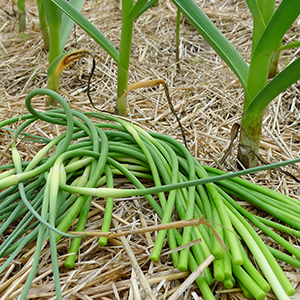 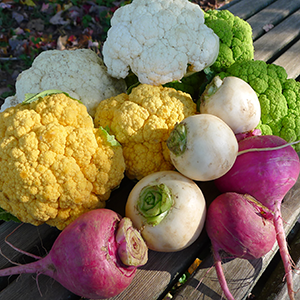 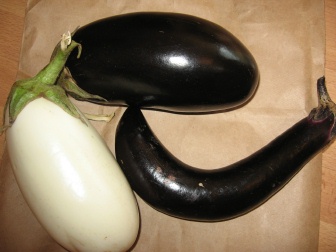 Eggplants belong to the plant family commonly known as nightshades, and are related to the tomato, bell pepper and potato. Eggplants are best known as large globe shaped and deep purple in color. But, they are also available in long, thin, forms, which are also known as Asian eggplants, and other colors include lavender, jade green, orange, and yellow-white, as well as in sizes and shapes that range from that of a small tomato to a large zucchini. While the different varieties vary slightly in taste and texture, the eggplant can be described as having a pleasantly bitter taste and spongy texture. In many recipes, eggplant fulfills the role of being a complementary ingredient that balances the surrounding flavors of the other more pronounced ingredients. Many people say that eggplants should be salted and left to stand for 15-30 minutes prior to cooking to remove bitterness. Today, breeding has made eggplants more mild. Also, Chef Mario Batali (known for his Italian cuisine), states in one of his cookbooks "salting eggplant causes a collapse of the cell walls and reduces its ability to absorb both fat and other liquids. I do not salt eggplant unless I am preserving it by canning or pickling". Eggplant is a very good source of dietary fiber, potassium, manganese, copper and thiamin (vitamin B1). It is also a good source of vitamin B6, folate, magnesium and niacin.
Storing / Preserving:
Although they look hardy, eggplants are very perishable. Eggplants are sensitive to both heat and cold and should ideally be stored at around 50 degrees. Do not cut eggplant before you store it as it perishes quickly once its skin has been punctured or its inner flesh exposed. Place uncut and unwashed eggplant in a plastic bag and store in the refrigerator where it will keep for a few days.
Preparation / Use Suggestions:

Eggplant can be baked, roasted in the oven, or steamed. If baking it whole, pierce the eggplant several times with a fork to make small holes for the steam to escape. Bake at 350 degrees for 15 to 25 minutes, depending upon size. You can test for its readiness by gently inserting a knife or fork to see if it passes through easily. A few quick serving ideas:

For homemade babaganoush, purée roasted eggplant, garlic, tahini, lemon juice and olive oil. Use it as a dip for vegetables or as a sandwich filling; mix cubed baked eggplant with grilled peppers, lentils, onions and garlic and top with balsamic vinaigrette; stuff miniature Japanese eggplants with a mixture of feta cheese, pine nuts and roasted peppers; or, just brush with olive oil, sprinkle with pepper and grill til tender.